The Rashtrakavi’s birthday on December 29, will henceforth be celebrated as Vishwamanava Day in Karnataka.

Kuppali Venkatappa Puttappa (29 December 1904 – 11 November 1994), popularly known by his penname Kuvempu. He was an Indian poet, playwright, novelist and critic. He is widely regarded as the greatest Kannada poet of the 20th century. He was the first Kannada writer to receive the  Jnanpith Award.

Govinda Dasa College Library in association with the Internal Quality Assurance Cell celebrated the Vishwamanava Dina on 30th Dec 2021. Also Prize distribution was done for the winners of Pusthaka Preethi Parichaya Competition, which was held for PU students, with the association of GDC Library, IQAC and S.R.Hegde Charitable Trust.

Dr. Jyothi Chelyaru , Treasury of S.R.Hegde Charitable Trust, handed over the prize to the winners.

The Principal, Prof. P. Krishnamurthy presided over the programme.  Smt. Deepa Shetty, Department of Kannada were present on the stage.

Librarian Smt. Savithri A. welcomed the gathering. Library Staff Chandrashekar  K. proposed the vote of thanks, and Smt. Suman  mastered  the ceremony 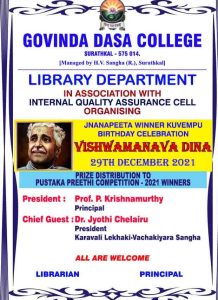 The name of the winners are as follows. 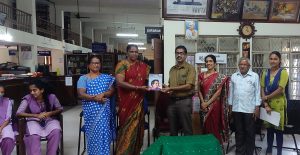 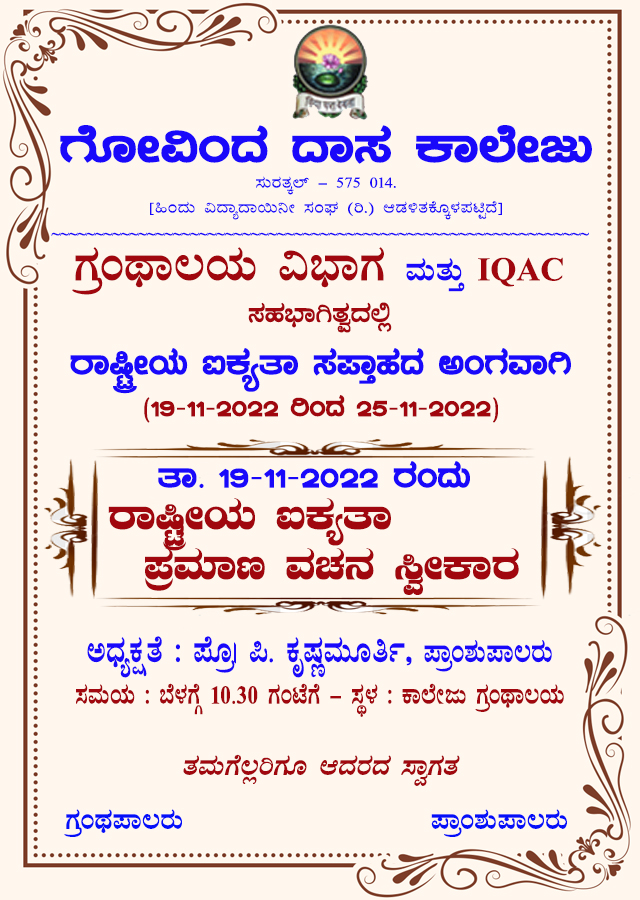 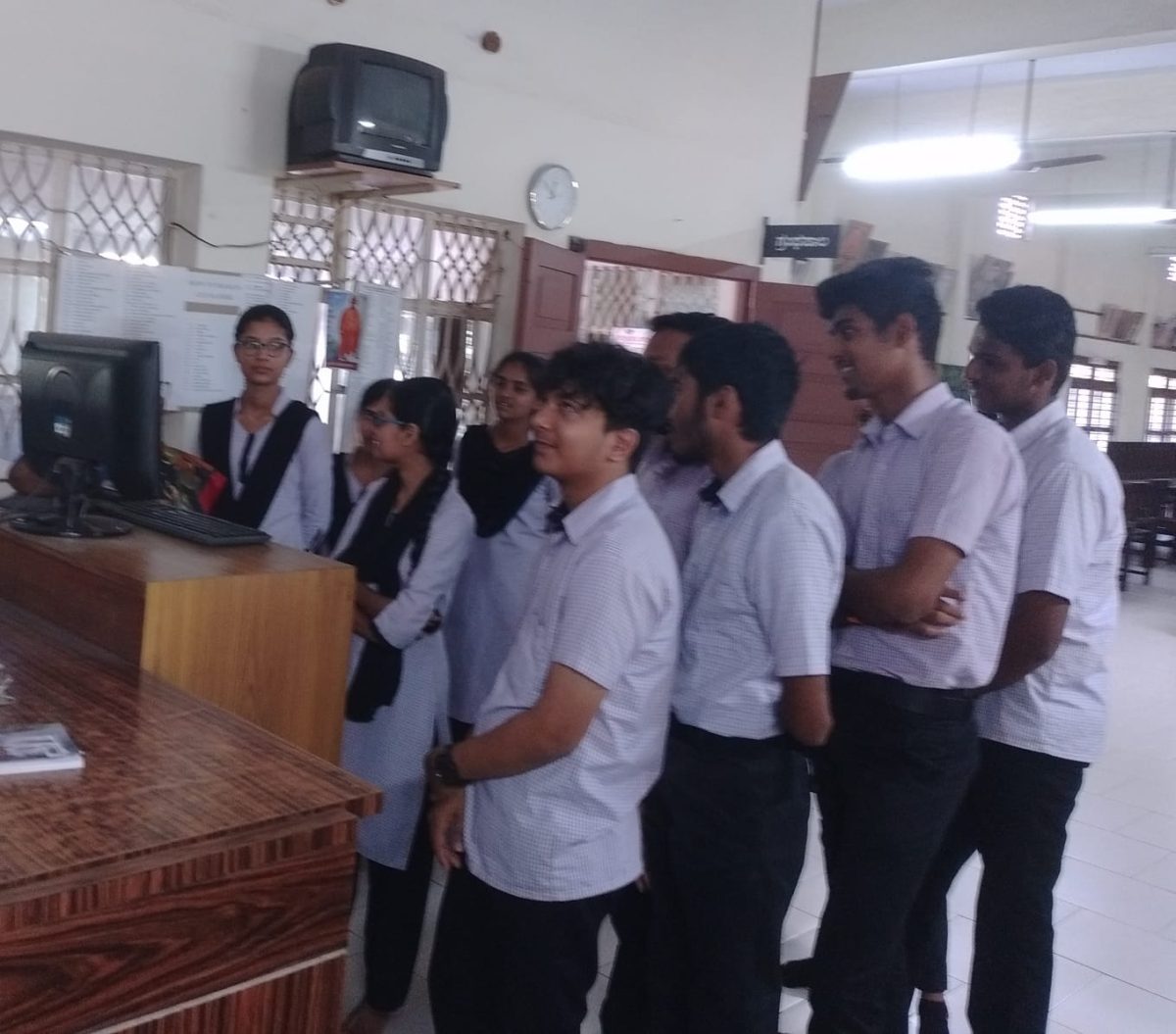 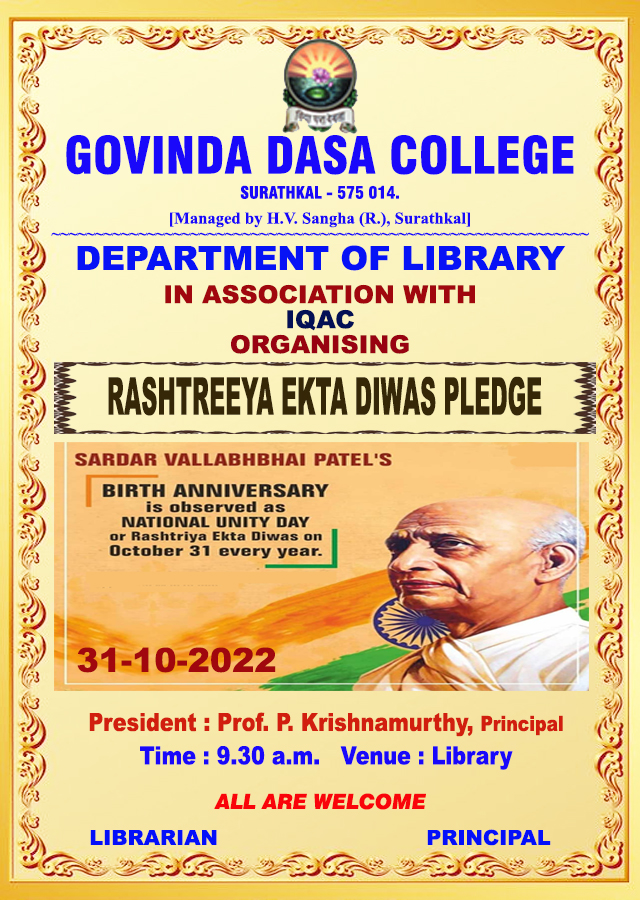